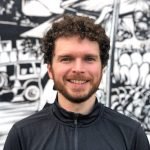 Daniel Alexander is Amizade’s Marketing and Communications Coordinator. Originally from Brazil, Daniel shares a story of a group of youth from Northern Ireland that inspired him.

Summer of 2017 in Pittsburgh. What seemed to be a low-key season working and living in the city of bridges turned into the adventure of a lifetime with friends from another country in three different states and cities. At that point in my career with Amizade, I had managed to go on a few service-learning trips as a facilitator and videographer, to document the stories of participants who had their lives shifted by Fair Trade Learning. However, this story is unique on many levels and helped inspire an ongoing movement in Northern Ireland. And it starts with a call to action.

Because of a last-minute emergency, I was summoned to replace another facilitator on this service-learning trip with 16 youth from Belfast, Northern Ireland, in an excursion that would engage them in activities across three destinations: Washington DC, Pittsburgh, and Morgantown, West Virginia. I had never had the opportunity to connect with people from Belfast in my entire life—I was a country boy from Brazil only exposed to American and Japanese culture, so this opportunity meant a lot to me.

Looking forward to this experience, I jumped on a pre-departure call where the group leaders shared the reality of the group coming from a community called Divis, in western Belfast.

These youth would land in the U.S. carrying upon their shoulders a heavy burden—that their generation was a lost cause—given the history of riots and violent acts across the Divis area. “Our community is beaten down a lot, and it’s said that we’re no good,” said one of the participants during the trip. Amizade’s community partners saw in global service-learning an opportunity to flip the script and empower these young people in a way never done before. They prepared them for this travel opportunity for one year in advance through a series of activities and then, finally, they hit the road with Amizade for one week immersed in the U.S. culture. Before you have flowers, you need to know how to plant the seeds and water them appropriately. And that’s what these group leaders did.

What I lived in one week with these Northern Irish teenagers was something that I had never experienced before. One activity at a time, they flourished in unexpected ways and brought new spirit and behavior to the entire group. By having conversations with people who had been homeless or were currently homeless in Washington DC, volunteering with vulnerable communities in Pittsburgh, and participating in team-building activities in Morgantown, they finished this GSL trip reinvigorated and lighter. The journey had transformed the people I met on the first day. During this journey, we made friends and meaningful connections for life, hoping that one day our paths would cross again, sooner rather than later. While they learned so much during their time in the U.S, I learned meaningful lessons from them and about Northern Irish culture too, which I still carry with me with gratitude.

The last I heard from these folks, they returned to Belfast and continue to flip the script by being more civically engaged in their community. That trip was one of the catalysts of the GSL movement in Northern Ireland. Before this experience, Amizade had welcomed Northern Irish to the U.S. to engage with our community partners. But with the outcome of the trip documented in the summer of 2017, we saw the increase of groups traveling into the country for similar experiences. The movement faces now a new challenge: COVID-19 and the insecurity of traveling abroad.

Based on that summer 2017 trip, the Amizade team crafted a beautiful video explaining the idea of using global service-learning as a tool to positively impact lives and communities, regardless of where participants are coming. Check it out below. If you have watched, share it out in your network.

The power of global service-learning is real, and just because we can’t travel, it doesn’t mean that we have to stop the journey. Amizade recently started powering its virtual service-learning platform to carry on Fair Trade Learning. In challenging times, we should take action together, reach out to others, and learn valuable lessons from their stories. 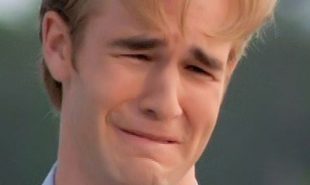 This blog was written by Amizade’s Executive Director Brandon Blache-Cohen….