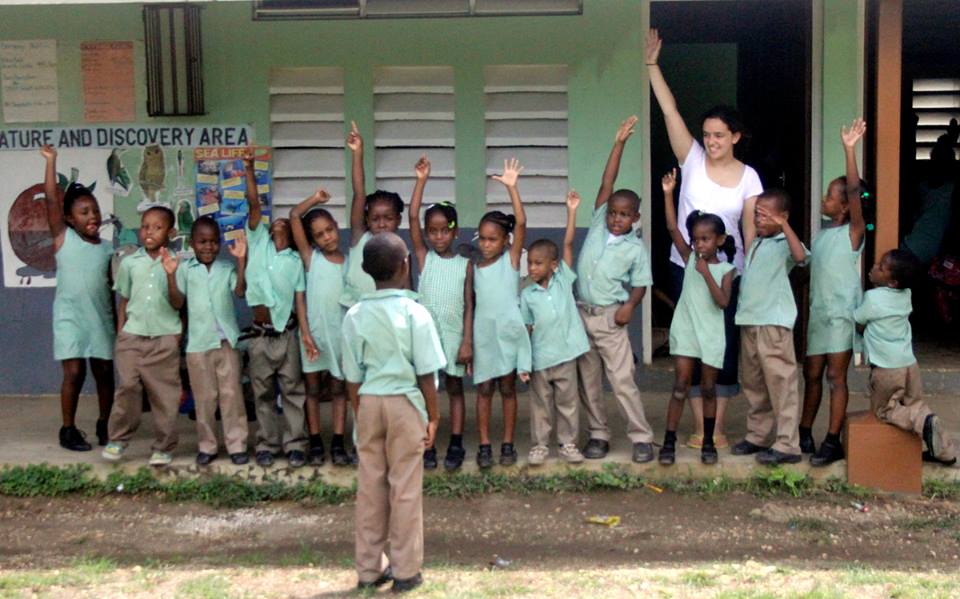 While in Jamaica on an Amizade Global Service-Learning program with John Carroll University, we had the privilege of visiting schools and witnessing firsthand the triumphs and trials of the education system. There is no way to describe the range of emotions and observations I experienced in my short yet eye-opening ten hours I spent with the students but it is safe to say that my experience in these schools rekindled my passion for education and social justice that I will take with me for the rest of my life.

The first day, I sat in a class of about 20 five-year-olds at the Galloway Early Childhood Institution (ECI). There were many ECI’s throughout the neighborhoods we saw. The emphasis on early childhood education, our equivalent of preschool and kindergarten, was inspiring to me, and it is clear that this is something rapidly improving as time passes. One of the classrooms in the Galloway ECI was even freshly painted by an Amizade volunteer group earlier that month. 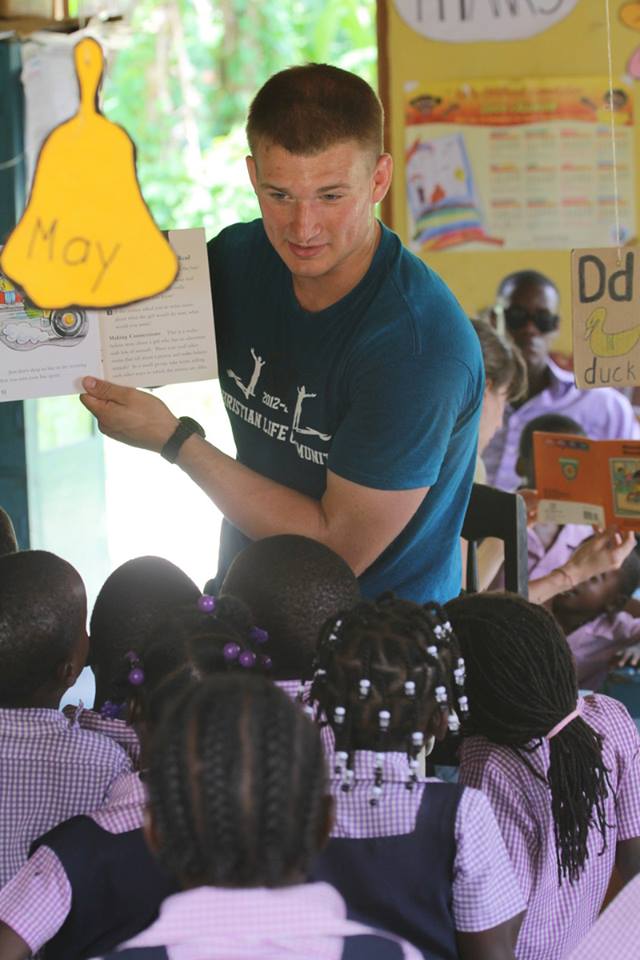 All of the students at the school, and the neighboring Coke’s View Primary school, wore uniforms, despite the fact that they are public schools. In the Galloway ECI, the students wore a green gingham fabric- dresses or matching dress/pants sets for the girls, and shirts and khaki pants for the boys. These schools were under the jurisdiction of the Jamaican Ministry of Education.

To sum up the education system, it begins at the ECI, then moves to primary school, grades one through five. Achievement tests begin at grade four, assessing a student’s progress as they move through the system. One very interesting point of the system is that students never really repeat grades, they simply move through the system and are required to pass achievement tests from previous years if they haven’t done so. High school is grades 9, 10, and 11, and if a student wishes to move on to tertiary education, they complete the additional grades twelve and thirteen as preparation for university. There still exists a lingering British influence (Jamaica gained their independence in 1962) in the education system, as some of their standardized tests come from Europe, but Jamaica is working to further declare their own national identity and developing their own standard of assessment.

My first day at Galloway ECI was a lot of fun. The kids were very bright and still at the age where they love to learn and recognize the value of school. We played games, sang songs, read vocabulary words, and drew pictures. These kids are so eager for validation and positive reinforcement and love to show off the work they do.

That night, members of my group shared challenges they faced working with children in the primary school (Coke’s View) next door.. Their reflections shared that the level of achievement of the first through fifth graders was not what they expected it to be, and that the learning environment in this school was very difficult in terms of getting students to focus.

I experienced this firsthand the following day. I had a class of first graders who all seemed to need individual attention, whether it was for discipline, positive reinforcement, extra attention, or simply one-on-one help. The schools, like almost all Jamaican buildings, was a cement structure, painted on the outside, and with no real windows. The top of the classroom was open to the air, and the tin roof was such that when it rained it made hearing incredibly difficult. The school is also one large open room, with the division of classrooms only indicated by moveable chalkboards. Thus, sound travels flawlessly from one “room” to the next. 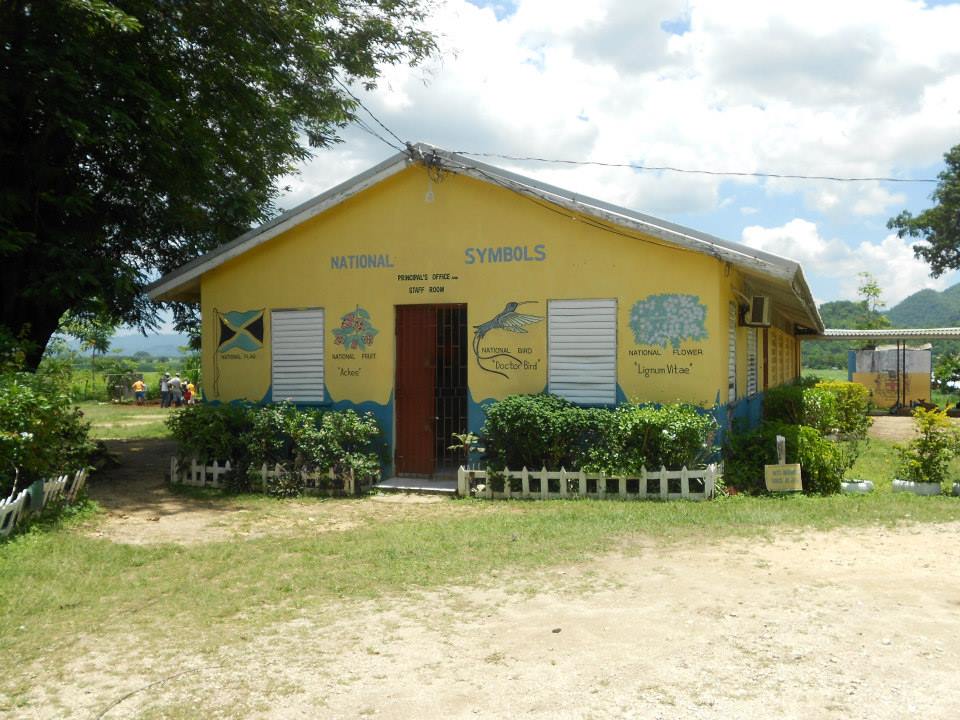 Witnessing this system firsthand was both disheartening and inspiring. There is so much to think about and so much to change. One interesting thing to think about, though, is that the education system in America might face the same challenges that Jamaica does- overflowing pupil to teacher ratios, lack of adequate learning space, abundant distractions, and the high risk of becoming lost in the system. My experience in Jamaica emphasizes the value of travel and using the world as our classroom, for inspiration and education that one would be hard-pressed to find anywhere else.