This blog is written by Amizade’s program coordinator Nick Grimes. After growing up in Mobile, Alabama, Nick joined the Army in 2003 and served two tours in Afghanistan with the 10th Mountain Division. Upon leaving the Army in 2011, he relocated to Pittsburgh with his family. In this post, Nick shares how travel has changed his view of the world. 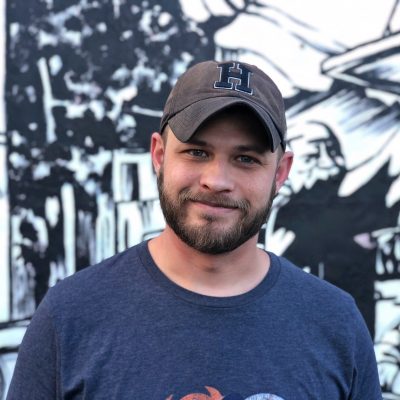 Before I travel somewhere, I will often spend weeks, if not months, reading as much as I can about my destination, to have reasonable expectations of what the experience will be like. I’ve traveled to many places in my life, and not once has any of those places matched the expectations in my head upon arrival.

My first international experience was when I deployed to Afghanistan, with the Army, at 20 years old. Although I had read a lot about Afghanistan, they were mostly history books and left me unprepared for the beautiful landscapes I experienced as we patrolled the local villages and markets for the next 16 months. As we shared meals with Afghan soldiers and villagers, we learned about the rich cultural history of the Afghan people. To this day, the most beautiful thing I have ever experienced was seeing the Milky Way for the first time under the clear Afghan night skies.

Several years later, I spent a month in Europe and was constantly surprised and moved by the beauty of places and the kindness of people. I knew a great deal about WWII from my grandfather’s stories of serving in the Navy. However, I was moved when in Normandy, I met an English gentleman, in his 90’s, who shared his experience of landing on the beach on D-Day. I knew Paris as the city of love, but the view from the Tour Montparnasse convinced me that Paris is possibly the most beautiful city in the world. I nearly learned the hard way that bicycles have the right of way on the sidewalks in Eindhoven. I had heard about the rowdiness of Oktoberfest but was pleasantly surprised in Munich, when a friendly local patiently gave directions to me and a friend (who were both slightly tipsy) as we found ourselves lost in the city during the middle of the festival.

“My first international experience was when I deployed to Afghanistan, with the Army, at 20 years old. Although I had read a lot about Afghanistan, they were mostly history books and left me unprepared for the beautiful landscapes I experienced as we patrolled the local villages and markets for the next 16 months.”

In February of 2020, I traveled to Puerto Rico with the Amizade staff. I thought I knew a great deal about the island, but there is nothing quite like walking through the mangroves or taking a hike through El Yunque National Forest or protecting your food from being stolen by lizards on the beach.

My most recent trip was just a few weeks ago when I visited Amizade’s site in Pine Ridge, South Dakota. I’d seen pictures of the Black Hills and Badlands, but those cannot prepare you for the beauty of seeing them in person. I knew the story of Wounded Knee but found myself overwhelmed with emotion when we visited the memorial to the over 300 men, women and children who were killed there. Most importantly, I was moved by the kindness and generosity of the Lakota people who welcomed me into their community and let me observe and even participate in some of their ceremonies.

My point, I guess, is that I had some understanding of all these places and clear ideas, in my mind of what they would be like. However, without fail, my expectations of the places have never matched the reality on the ground. It’s always been so much better than I could have ever imagined.

A Personal Reflection: The Power of Code Switching