It is our great pleasure to announce that Amizade and the Fulbright Program, the U.S. government’s flagship international educational exchange program, will continue as partners committed to cross-cultural communication, learning, and leadership development! This is the third year that Amizade and Fulbright will work together at the Amizade site in Williamson, West Virginia, and we are very excited to begin a relationship with new Fulbright scholars.

The partnership began in March 2016 when the U.S. Department of State’s Bureau of Educational and Cultural Affairs sponsored a group of twelve emerging leaders – six Fulbright Foreign Students and six Fulbright U.S. Student Program alumni – to participate in a week-long service-learning program led by Nate Siggers, the Amizade site director, in Williamson, WV. This partnership with Amizade sought to further the mission of Fulbright: to increase mutual understanding between the people of the United States and the people of other countries. Following the framework of our innovative Fair Trade Learning model, the unique collaboration connected Fulbright fellows from all over the United States and the world to Amizade sites to inspire empathy, catalyze social action, and link diverse communities. 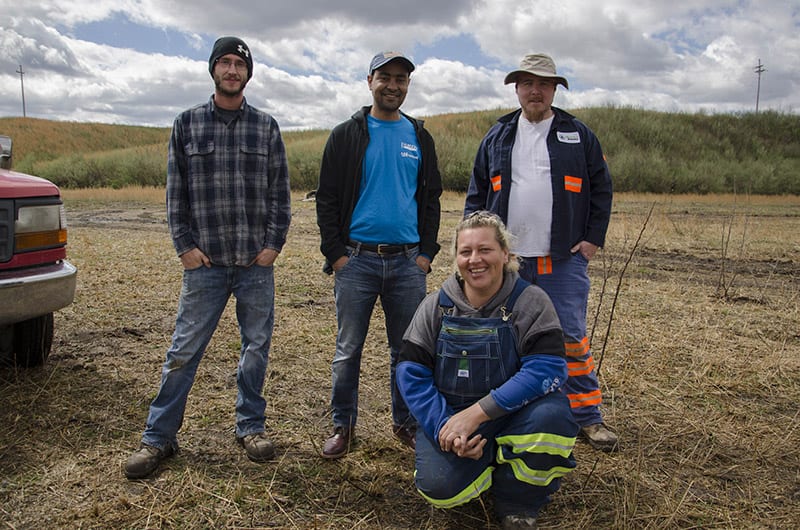 This year, a group of Fulbright Foreign Students will volunteer with Amizade in Appalachia from April 28 – May 5, 2018. Williamson is a small rural coal-mining town in Mingo County (WV) that once was home to 10,000 residents and a thriving coal economy in the mid-20th century. However, in recent years, Williamson experienced a collapsed coal mining industry, a series of devastating floods, and de-population. Now with a population of 3,000, community members have joined together to create Sustainable Williamson, the local organization Fulbrighters will be working with during their program. Sustainable Williamson is a small team of community organizations that work together to increase access to fresh foods, initiate active living programs, and teach healthy living styles. Led by Williamson community ambassadors, the Fulbrighters will learn how community members are pioneering and engaging in thoughtful work to maintain their cultural framework while also creating new opportunities.

The Fulbrighters will benefit from the local expertise of the community ambassadors by touring the community and meeting with local leaders to learn about the issues that are important to the people of Williamson. The week-long program will have a particular focus on the experience of living in rural America and why it is important to have students from all over the world in their community, as well as how to leverage different storytelling tools to identify and highlight the stories that are most important to the Williamson community. The service work that the Fulbrighters will take part in focuses on health, wellness, agriculture and economic sustainability. After each day of service and learning, the Fulbrighters will engage in discussion and reflection sessions led by Daniel Alexander, Amizade’s Marketing and Communication Consultant, and Bibi Al-Ebrahim, Amizade’s Education Director. During these sessions, the participants will examine cross-cultural communication and use what they have learned to ensure the stories they tell resonate with community partners.

Amizade is proud of our renewed relationship with the U.S. Department of State, and we look forward to meeting with the new group of Fulbrighters and joining them on this journey of exploration and mutual understanding! 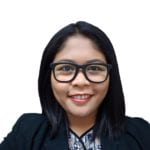 Penn Carnice is a Fulbright Foreign Student from the Philippines currently conducting her Ph.D. research at Florida State University. She is pursuing her Ph.D. in environmental science at the University of the Philippines Los Baños, and was an Assistant Professor at Eastern Visayas State University, Philippines before coming to the United States. Her research focuses on secondary forest transformations and bioremediation, and she has published articles on biochar amended soils, vegetation heavy metal accumulation, and soil carbon, and nutrient stocks. Her current research focuses on carbon dynamics, radio carbon analysis, isotope analysis, and humification of peatland ecosystems in the Philippines that have undergone land-use change. 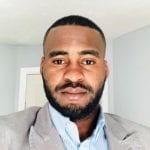 Mounguembou Prince De Makele is a Fulbright Foreign Student from the Republic of the Congo pursuing a master’s degree in conflict resolution at the University of Massachusetts, Boston. Prior to his Fulbright, he completed a master’s degree in business law at Marien Ngouabi University in Brazzaville, Congo and volunteered as a translator at Mercy Ships, an international charity that provides free lifesaving surgeries for people where medical care is nearly non-existent. As a master’s candidate in conflict resolution, Prince intends to focus on ethnic and religious conflicts. 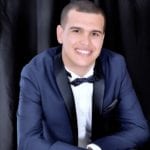 Nour-Eddine Ech-Charfi is a Fulbright Foreign Student from Morocco studying economics at the University of Wisconsin-Milwaukee as part of his Ph.D. in economics at Mohammed-V University of Rabat. Here in the United States, he is working with Professors Rebecca Neumann and Lahcen Oulhaj on his dissertation, which focuses on the macroeconomic effects of capital account openness on developing small open economies with an emphasis on African countries. 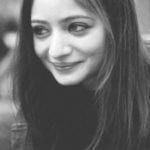 Apoorva Gupta is a Fulbright Foreign Student from India, pursuing a master’s degree in higher and postsecondary education at Columbia University. She holds a master’s degree in post-colonial studies and gender studies from the School of Oriental and African Studies, University of London, and a post-graduate diploma in conflict transformation and peace building from the University of Delhi. She has worked in the education sector in India for over five years, and seeks to work with the government and universities on education management, research, and policy when she returns to India. Her interdisciplinary research interests focus on the fields of education, policy, literature, gender studies, and peace building. 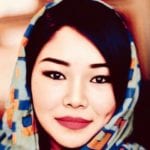 Anita Haidary is a Fulbright Foreign Student from Afghanistan, pursuing a master’s degree in public policy from Portland State University. She is the co-founder of Young Women for Change, a grassroots movement consisting of Afghan volunteers committed to empowering Afghan women through social and economic participation, politics, and advocacy. She has previous experience working with the Afghan Human Rights Research and Advocacy Consortium and Equality for Peace and Democracy.

In November 2013, Anita was featured as a speaker at the Advancing Afghan Women: Promoting Peace and Progress in Afghanistan Conference at Georgetown University. Her film, This is My City Too, one of seven entries from Mount Holyoke College, won best film at the Five College Film Festival of the Five College Consortium. Anita was invited to speak at a private luncheon in the 2013 Clinton Global Initiative at Arizona State University. 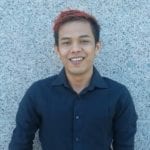 Muhammad Intizom is a Fulbright Foreign Student from Indonesia, pursuing a master’s degree in Teaching English to Speakers of Other Languages (TESOL) at the University of Northern Iowa. He is currently applying his knowledge and expertise in the education field by teaching English to immigrants and refugees at a non-profit organization in Waterloo, Iowa. His research focuses on promoting bilingual education in the United States, because he sees the value of bilingual education in his own country. He is interested in joining this project to observe and learn how the community in Williamson, West Virginia is maintaining the quality of education despite the collapse of its mining industry. 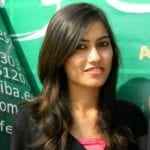 Sarah Khan is a Fulbright Foreign Student from Pakistan, pursuing a master’s in marketing at Johns Hopkins University’s Carey Business School where business is taught with humanity in mind. Prior to her degree, Sarah worked for two years in Pakistan after which she took a self-reflective journey traveling around the world. Visiting fifteen countries in two years, Sarah involved herself in diverse social projects, including a humanitarian development project for Syrian refugees in Turkey. Her current interests lie in helping rural and developing economies thrive by focusing on small business development. 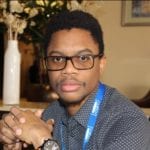 Marc-Ansy Laguerre is a Fulbright Foreign Student from Haiti, pursuing a master’s degree in civil engineering and a graduate certificate in Latin American studies at the University of Pittsburgh. Since January 2018, he has been the host of the show “Genie 360,” which he created in memory of his brother Vladimir who died during the 2010 earthquake in Haiti. In the show, he explains basic concepts of civil engineering in Haitian Creole to shed light on some misunderstandings in the construction field. Prior to his Fulbright grant, he worked as an assistant teacher at the State University of Haiti and tutored sophomore students in mechanics. During this experience, he developed a passion for teaching. In parallel to his teaching activities, he worked as a project assistant at the Inter-American Development Bank (IDB) in Port-au-Prince. After completing his degree, Marc-Ansy aspires to bring innovation to Haiti’s education system while fostering transformative pedagogy. 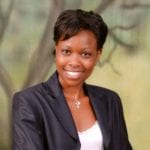 Caroline Marete is a Fulbright Foreign Student from Kenya, studying aviation and aerospace management at Purdue University. She holds a bachelor’s of science degree in aerospace science & operations from Moi University, Kenya. Caroline is passionate about aviation and aerospace science; and global citizenship. At Purdue University, she is involved in research projects for sustainable airports and air transportation systems. Caroline and a team of three other students from Purdue recently won an award for a project on improving safety for an airport in Africa. Before embarking on her Fulbright, she worked for a leading African airline in engineering management and led projects for purchase of a new fleet of aircraft.

Caroline hopes she can use the knowledge she gains from being a student in the United States to improve air transportation back home in Kenya. When she’s not studying or working in aerospace, Caroline volunteers for Women in Aviation International, an organization that helps promote science education for young girls. She is also an advocate of environmental preservation through an organization based in Nairobi, Kenya called Mazingira Safi Initiative. 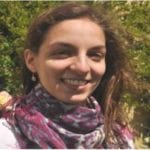 Clara Emilia Mosso is a Fulbright Foreign Student from Argentina, pursuing a master’s degree in interdisciplinary ecology at the School of Natural Resources and Environment of the University of Florida. She holds a bachelor’s degree in environmental sciences from the University of Buenos Aires (Argentina), and is finishing a graduate specialization in remote sensing and geographic information system (GIS) at the same institution. Clara worked for almost three years as a consultant in forest land use planning for the National Directorate of Native Forest in Argentina. Currently, she is focusing her research on land use planning and native forest conservation in the urban and wildland-urban interface.

The Fulbright Program is the flagship international educational exchange program sponsored by the U.S. government and has provided more than 380,000 participants—chosen for their academic merit and leadership potential — with the opportunity to study, teach and conduct research, exchange ideas and contribute to finding solutions to shared international concerns. The primary source of funding for the Fulbright Program is an annual appropriation by the United States Congress to the U.S. Department of State’s Bureau of Educational and Cultural Affairs. Participating governments and host institutions, corporations, and foundations in foreign countries and in the United States also provide direct and indirect support. For more information, please visit www.eca.state.gov/fulbright.