Update on The Ota Initiative, introduced in our December 23 blog post. 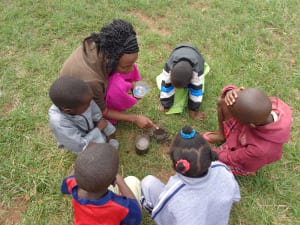 The Ota Initiative experienced a successful first run. Teachers, students, and parents agreed that each day the students walked away with an understanding of their daily lesson. Various programs and methods were used to help achieve their goals. These included:

The scientific learning goal for the program was focused on the relationship between living and non-living things. Different topics included: living vs. nonliving things, the roles of different plant parts, different types of animals, and more! The students also conducted small experiments to use what they learned in the classroom firsthand. One experiment included planting beans, in which students learned about what is needed for living things to survive. Each day, the students observed the beans and tracked their progress through drawing pictures.

In addition to spending part of the day on topics related to science, there was a daily leadership lesson. Topics included: believing in oneself, being a good communicator, and the meaning of democracy. One activity associated with the leadership lessons was a mock election, in which students were able to sign up for a position they wanted to run for and had to give a short speech in front of the class.

children told us things like, “I can’t write,” “I can’t draw,” or “I’m scared of talking in front of people.” In response, all we told them was to try, and they have not disappointed us.

As the program progressed students were more eager to write, draw and learn.

It is amazing how much progress children can make in a few days with just some positive reinforcement. 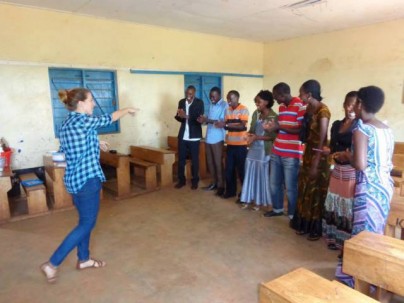 There were various measures of success that were seen throughout The Ota Initiative. Students left daily having learned something, and they became more confident and eager to learn. Teachers and parents both saw the positive impact that the program had on students.

The parents I talked with were full of stories about how our program has impacted their children. Many parents commented that their children now frequently draw at home using the gift of art supplies we gave out at our final party. One student is tracking the growth of a bean plant she has at home; another explained to his mom what causes rain when his older sibling could not; another constantly tells her mom that she is going to be president one day.

Moving forward, the next program in June will be an extension of the Elementary School Programs December syllabus, and will be open for those students that attended the December program. Additionally, The Ota Initiative has a goal to run the first part of the program for secondary school students. The basic goal of this program is to run lab practicals for chemistry, biology and physics students since many students are not able to experience labs because of a lack of funds and supplies in schools.