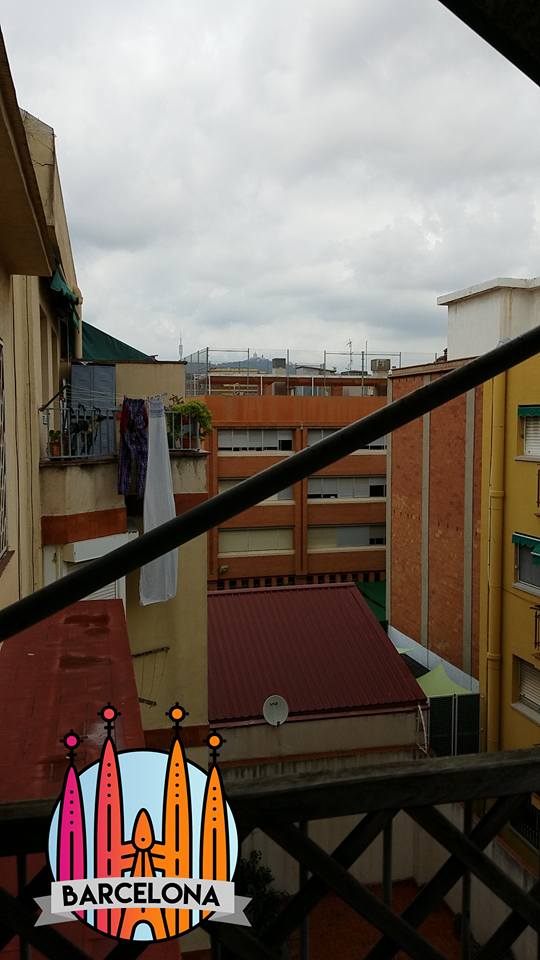 For the first few days after arrival, my fellow BCA students and I were housed in a hotel in Barcelona, anxious to find out who we were going to live with for the next three months. On the second day, we were introduced to our families and learned where we would live. I was fortunate enough to have a family similar to my own; a stay-at-home mom, a working dad, a teenage sister and a dog. I was still nervous to go live with a host family as I was not sure how I would be able to understand all the Spanish, let alone speak Spanish constantly.

DEVELOPING RELATIONSHIPS WITH MY HOST FAMILY IN BARCELONA

Within a few short weeks I developed a strong bond with my host mom. She was one of the nicest people ever. After eating lunch together, we would just sit and talk. She was really involved in my life and asked me questions about my classes and exams. Often when I ate lunch at school (due to my class schedule) and grabbed a sandwich or “bocadillo,” I would miss having our conversations during and after lunch.

Due to his work and travel schedules, I didn’t meet my host father until a month after I moved into the apartment, when I was more settled and comfortable speaking the language. Being from Barcelona, my host dad was a diehard FCB (Futbol Club Barcelona) fan. Every time FCB was playing, he would ask me if I wanted to watch it and we would watch it together.

One night, a few weeks into my stay with my host family, my host sister had some friends over for a sleepover. Due to my preconceived notions, I did not think sleepovers were popular in Spain, but I learned that they were for my host sister. My host sister and her friends were really nice and asked lots of questions about me and my experience in Barcelona.

BECOMING PART OF THE FAMILY

My host family and I would frequently eat all our meals together; this is where we conversed the most in Spanish. My host mom would make the meals, but when she did not, my host dad cooked. Every Friday night, we would have pizza after my sister got back from basketball practice. I frequently referred to this as “Pizza Fridays” to my friends. We would eat our own individual pizzas and watch La Voz (The Spanish version of “The Voice”) together.

Besides Pizza Fridays, we would also watch television and the news before and after dinner. My host dad really liked MasterChef USA, while my host sister and I watched some of the same Netflix shows. We would also watch the game shows “Boom” and “Ahora Caigo” and my host family would play along at home by trying to guess the right answers. My host parents loved watching the news in Catalan, a regional dialect of Spanish spoken in Catalonia, so I ended up learning some Catalan by watching the news with them.

Before I left Barcelona, my American family got to meet my host family over one last dinner of tapas. My two families really meshed together. At the end of my experience, both moms commended me on my improvement of Spanish. My host mom told me that at the beginning of the semester she was uncertain how I was going to fare because my Spanish seemed limited and I seemed shy and unconfident in my Spanish, but by the end, she felt I had improved greatly and seemed confident speaking in Spanish all the time. My American mom was so impressed too, saying I rattled off answers to questions and conversed like it was second nature. Thanks to my time abroad, Spanish has become second-nature to me.

Overall, I credit living with a host family for the improvement I made in my language and understanding of Spanish culture. All of them helped me improve my fluency in Spanish by only speaking to me in Spanish, correcting little things I was saying wrong, and teaching me Spanish words and phrases I didn’t know. Since I’ve gotten back from Spain, I find myself inserting little phrases in my daily conversations and translating different words or sentences my American family says into Spanish.

Through my host family I was more immersed in the culture than I even imagined I would be. Each of the family members helped me embrace a part of the culture. My host dad helped me appreciate Barcelona’s sports culture, my host sister taught me about local music and my host mom introduced me to Spanish food. My host parents and I discussed politics while my host sister and I discussed pop culture topics.  I heard about topics affecting Catalonian citizens straight from Catalonia citizens.

I hope to return to Barcelona and visit them again in the future, and hope the future students love my host family as much as I did! 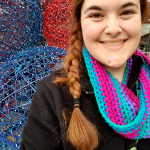 Sarah is a junior International Business major at Elizabethtown College. As an alumna of BCA Barcelona in Fall 2017, she loved immersing herself in the Spanish culture. In her free time, she loves traveling, watching theater, doing crafts, shopping, and playing with her Boston Terrier.

From Dream to Reality: the Making of a Fair Trade Learning Scholarship

After many years in the making, the first Fair Trade…

Gwendolyn Flaherty of Agnes Scott College recently traveled to the…

The Annual In-Person CBGL Institute Is Back!

As you may already know, after a two-year hiatus, Amizade’s…