Although it has been just over six months since I left Ecuador, I still think about Quito almost every day. I’m in frequent contact with the panas I made there, and continue to find ways to apply what I learned in the classes I took. (Most recently, I’ve been going over essays and readings from one of my classes, Film and Literature in Latin America, in preparation for my senior thesis at Carleton.) But above all, I keep reflecting on the internship I did as one of the most influential parts of my experience.

I volunteered for the Unión de Afectados por Texaco (Union of People Affected by Texaco) since it combined two potential career paths I was hoping to explore: media and environmental activism. The U.S. American students working for the office, since we’re native English speakers, were in charge of translation and communication with other activist organizations as well as journalists. Some of the most important parts of running an NGO, I learned, are forming a network of allies and publicity. At one point, our task was to research all the publicity about UDAPT and the litigation it’s been involved with, just to see what we were dealing with. Being intimately involved with the organization, I was shocked at times to see some of the angles that certain news stories took. 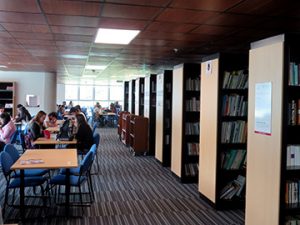 With the help of Amizade-BCA Resident Director, Daniel Bryan (bless his heart), I planned an independent study for the spring 2017 semester to further explore my interest in media. I was curious about how my work with UDAPT related to representations of marginalized groups, how journalism has changed in the digital age, what differences fell between worldviews and what I could learn from a philosophical perspective. From this, it appeared that more than how hard the activists involved in UDAPT worked, the publicity surrounding the organization and its fights is what shaped their success.

When I came back to the U.S. in the winter, I continued my media involvement with Carleton’s student newspaper, the Carletonian. More seriously, I also began exploring my interest in media work as a potential career path as an alternative way to make a difference in the world.

Now, I find myself in Madrid, Spain, struggling to understand the heavy accents and strange vocabulary as I work for El Salto, a new initiative in collaborative, decentralized and democratic journalism. Here, I assist with video production for their soon-to-be-launched international blog. Although I don’t get to write for them—yet—I’m overjoyed at the chance to expose myself to professional journalism from the perspective of the storyteller and not the story. In the meantime, I’m being exposed to an entirely different culture than that of Ecuador. Despite their shared history and (arguably) language, I find myself both more and less comfortable in the wealthy, cosmopolitan city of Madrid.

Despite its diversity, my brown skin doesn’t protect me from a second glance like it did in Quito. Being surrounded by people who don’t look like me reminds me of the familiar unease of growing up in the USA. The relative economic privilege lets me feel like I belong more to Madrid than to Quito—and makes me feel even more heartless each time I walk by someone begging on the streets. The Eurocentrism I detect in everything from conversations about my background to news coverage both placates and alienates me. 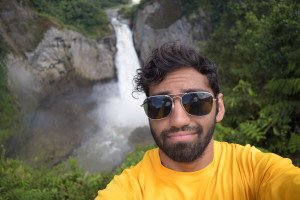 Spending time in Ecuador helped me understand the complexities of labels and representation. Being in a “third world country,” I did my best to search for reasons to place it below the USA—and was shocked to see smooth roads, efficient healthcare and ongoing efforts to improve the country. Working alongside activists and lawyers I’d only read about or seen in movies added depth to the two-dimensional characters the “other side” thinks they are. I have Quito and all the people I met there to thank for opening my eyes, bringing me to Madrid, and motivating me to pursue a career where I can both learn and teach as much as I can about diversity, culture and representation.

Carleton College class of ’18. interested in languages, media, and the environment. Enjoys running (read: gasping at altitude in Quito), hiking (see previous), and eating food of all different varieties, among other things.