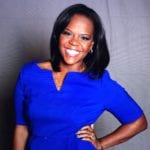 Shinora serves as the Chief Operating Officer of the Center that CARES and the Jeron X. Grayson Community Center, located in the Hill District of Pittsburgh. Shinora is a serial entrepreneur where she has a Financial Coaching Firm called Disciplined Dollars, LLC and also Owner and Operator of On The Go, LLC, where she specializes in growing her numerous business services ranging in services from personal fitness services for girls and women, travel/concierge services, and real estate property management. Shinora has dual degrees from Winston-Salem State University in finance and business management. She is a mentor an avid international and global traveler. Shinora Grayson-Johnson is married to Harry C. Johnson, II, and they are the proud parents of Nori Grace. 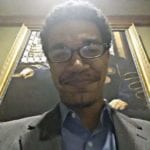 Malcolm Thomas was born and raised in Pittsburgh and attended Pittsburgh Public Schools. He later attended Penn State University and graduated with a BS in Education and a concentration in Black Studies. Mr. Thomas has worked in Education, Violence Prevention, Social Services during the past 25 years.. He has also worked extensively in the field of Mental Health as a Specialist through Mercy and later as an independent contractor with The PPS Student Assistance Program, SAP. To support his commitment to mental and behavioral health he has studied/trained in the healing arts of Qigong and meditation for over 20 years and is certified in Iron Body Qigong. He has offered community classes/workshops in plant-based nutrition, mindfulness meditation, Qigong and African culture for the past two decades.

Mr. Thomas has served as an organizer, facilitator or keynote speaker with a number of conferences and organizations. Currently he sits on The African American Men and Boys Task Force and is the Director of The Reaching Back Program which focuses on youth leadership development, brain health/nutrition, chess and public debate. A major focus of this program is the application of ageless cultural wisdom and the promotion of African American males/youth to re-enter the teaching profession. He is also Co-Founder and Founding Director of the Sankofa Leadership Institute, in an ongoing effort to cultivate leadership, health and sustainability in adult men who work with African American youth in Western PA. He continues to host annual manhood healing retreats for youth and adults, including a collaborative international retreat to Ghana in 2014. 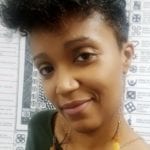 As a first-generation Pittsburgher, LaKeisha Wolf has developed her roots across the community working at the intersection of non-profit, arts, wellness, business and community development for almost 20 years. She is a founding member of the Hill District based non-profit Ujamaa Collective, serving as Executive Director since 2013. In this role, LaKeisha focuses on the agency’s business affairs, including the cooperative development of emerging Africana women-owned craft industries and maintaining an artisans’ retail boutique in conjunction with creative community programming. She initiated the organization’s first direct fair trade relationship in East Africa.

She is a creative entrepreneur, founding a micro-enterprise shortly after graduation called EnjoyourSelf, creating gemstone jewelry, and producing E-Ma’s Natural Body and Hair Care line. LaKeisha is known for helping women make healthy, informed choices around beauty product consumption combined with self and environmental awareness. As a teaching artist, LaKeisha is focused on using simple and innovative hands-on art projects that allow participants to reflect on life experiences, identify and value self, create community and ultimately develop rituals that develop wholeness and perpetuate greatness. LaKeisha is the mother of two phenomenal children. 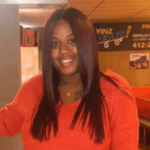 Malaysia is 24 year old native of Pittsburgh, Pennsylvania. She  grew up in the city’s Hill District and attended Pittsburgh Public Schools. She graduated as a Pittsburgh Promise recipient in 2012, where she took her studies to Slippery Rock University. Upon her graduation in 2016, Ms. Rainey returned to her hometown to work as an event coordinator for CARES. She also gave back to the district that gave her a running start, Pittsburgh Public Schools, as a life skills paraprofessional.

Malaysia has never stopped following her dreams and passions, just as her teachers at her Alma Mater University Prep taught her. In true entrepreneurial spirit, she developed her own company MarkByMalaysia event planning. Her company provides both planning and decoration of a variety of events, including but not limited to: birthday parties, engagements, company banquets, baby showers and weddings. 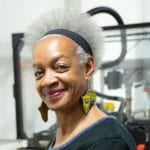 Frankie has been the creative genius behind Ujamaa Collective’s fabulous window display in the Centre Avenue business corridor. Her scenes and arrangements in the boutique help sell the products and tell the stories of the talented artists, locally and from around the world. Frankie has a multitude of experiences across many sectors, including catering and event planning, interior design, exhibit curation, sales, and many other forms of community service that provide a robust “creative language.” Frankie’s sole proprietorship business, The Power of One, is a special event planning service, dedicated gathering family and friends using fun, tasteful and extraordinary themes and adding a special touch with custom designed gift baskets.

Frankie is a mom and grandma, and 13 year resident of the Hill District. She has been a member of Ujamaa Collective since 2011. She also specializes in creating designs and displays for the organization’s events, including the fun 70’s Throwback Cabaret fundraiser, annual Kwanzaa Celebration and bi-monthly Word of Mouth Open Mic in the boutique. Gathering family, friends and community together is what makes it all worthwhile. Frankie says, “It’s true, when you love what you do, it’s not work!” 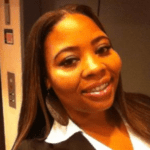 Melvena serves as a full time Project Manager for the University of Pittsburgh Graduate School of Public Health NRG Oncology Statistics & Data Management Center. She also works part time as a Site Coordinator at the Jeron X. Grayson Center located in the Hill District of Pittsburgh. Melvena serves as a Board member for ACH Clear Pathways, a non-profit organization which is also located in the Hill District. Melvena is a consultant for Midpoint Group of Companies and Terri Lee Consulting. She is a woman of many strengths and talents. In addition to her God given talents of cooking and cosmetology skills, she earned her BA degree in Corporate Communications from Penn State University, and her MA degree in Organizational Leadership from Point Park University. Melvena is the Founder and Co-Owner of Beyond Blessed Catering Co, LLC. She prays that the lord continues to use her to make a difference in people’s lives. She is the proud mother of a high school senior. 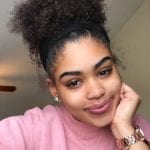 Cheyenne is a 21-year-old young woman from the East Side of Pittsburgh. She grew up in the Homewood neighborhood and attended Pittsburgh Obama until her junior year in high school. She soon realized that the children and families in her communities weren’t flourishing like some of the others in the city. She transferred to Pittsburgh University Prep as a senior in high school after being split from her parents and needing to help raise her younger sister. There she decided that it was her duty to go into the field of education once she graduated.

Cheyenne completed two years in higher education until she felt that teaching and mentoring were more experience based: she needed to enter the work force and get day-to-day experience. She now volunteers and mentors at the high school she graduated from, Pittsburgh University Prep, where she conducts groups around social and emotional behaviors with middle and high school girls. Cheyenne is also a writer and poet who loves to read. This will be her first time traveling out of the country, and she is very excited to meet other melanated people of the diaspora! 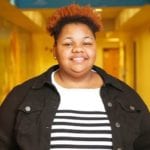 Tia is 24 years old. She started her career as a Community Organizer at the Hill District Consensus Group in 2015. Now she is the Co-Founder and Director of Seven Wild Dreams, where she has the pleasure of working with high school students to organize against pushout and for equitable education in Pittsburgh schools. She is also currently a part of the NeighborWorks Hill District neighborhood leadership cohort, helping the residents of Deraud Street tell their stories of unsafe and unhealthy living in public assistance housing. The next step is to help them hold owners accountable for the horrible conditions of the housing. Being part of leadership and community groups is cool, but Tia doesn’t plan to do this for the rest of her life. Liberation is the goal; so much that she has it tattooed on her right wrist. She is trying to work herself out of a job.