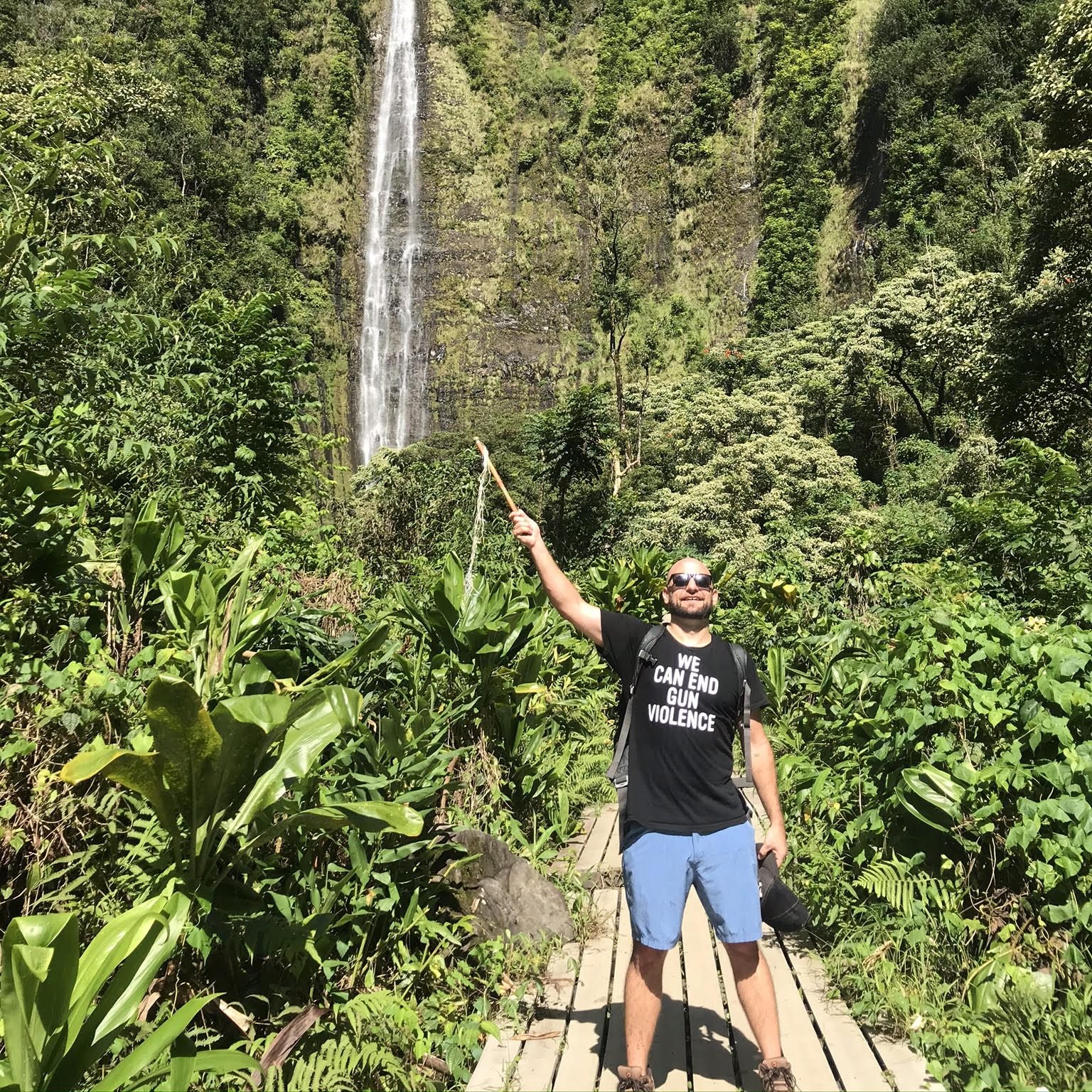 Named one of “Pittsburgh’s 40 under 40” in 2012 and a “Rising Education Leader” in 2017 – Brandon has nearly 20 years of experience in the nonprofit, service-learning, and international education sectors. In his work as Executive Director of Amizade, Brandon has organized over 700 global service-learning programs, overseeing life-changing global experiences for nearly 10,000 students, and spearheading sector-changing innovations like The Global Switchboard and the concept of Fair Trade Learning.

Blache-Cohen first began experimenting with social entrepreneurship and service-learning while an undergraduate at the University of Pittsburgh. After sailing on Semester at Sea, he combined his passions of travel and social justice by helping to create a student-initiated NGO, FORGE. As Associate Director of FORGE he worked in three refugee camps in Zambia and Botswana on a slew of small-scale development projects. Since then, Blache-Cohen has worked in development for the Tahirih Justice Center in Washington, DC, as a researcher and program assistant for aids2031 in Worcester, MA, and as a consultant for several other small nonprofits and foundations. In 2007, Blache-Cohen was named as a Social Change Fellow at Clark University, where he earned a Masters in International Development and Social Change, focusing on nonprofit/NGO management. In addition to his work with Amizade, Blache-Cohen was a US delegate to the One Young World Summit in Zurich, Switzerland in 2011, has published several articles on responsible global service-learning in peer-reviewed journals, has sat on a planning committee for the Pittsburgh Holocaust Center, and was the President of the Pennsylvania Council on International Education (PACIE).

To date, Blache-Cohen has worked, studied, or traveled in around 85 countries, and has work authorization in the US and EU.