I met the student group at the Phoenix airport and their professor after renting a 12 passenger van. The Amizade staff had provided me with a meticulous itinerary and Google maps indicating the route from point A to point B. Community partners across the Navajo Nation had talked up their programs to community members that would make presentations and planned service opportunities. Not even the sweltering heat could stop us. Matched with the professor’s fold-out map of Arizona and New Mexico, we thought we knew where we were headed. 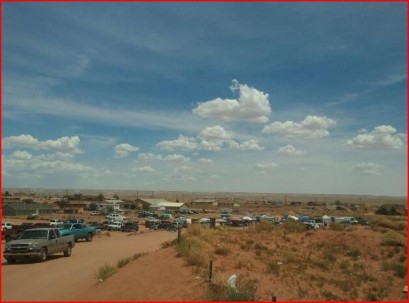 We made sure to get a hearty lunch right before getting too far outside of Phoenix as we headed north toward Flagstaff, AZ. We loaded up on Gatorade and granola bars and we headed out. The hills and ever-changing landscapes mesmerized us. After a while, the students grew more silent. Entranced, counting the different types of terrain, measuring our upward climb into somewhere most of us had never been.

Then it was said. “We are truly in the middle of nowhere!” We were all thinking it. Maybe this is a similar thought that White explorers had when they first encountered the land. Our ability to take bathroom breaks was at the mercy of the nearest gas station. The asphalt quivered in the distance and disappeared into the ascent, guiding the barreling white behemoth van down into valleys. 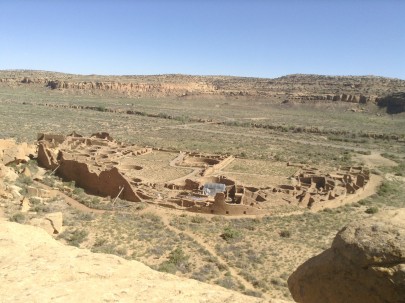 If somehow we could have held onto this feeling of being lost or disoriented for only a couple more days, surely it would have become thin and eventually disappeared like the horizon we had driven into. We were in the Navajo Nation. A place situated within the continental United States. A place which maintains its own sovereignty between four sacred mountains. We were in the middle of SOMEWHERE. A land passed from mother to daughter. A land to which some of the Navajo we had spoken to had once left, but eventually returned and vowed to stay. We even met a 90-something-year-old woman who joked about joining us for a hike down into a canyon which she has known since birth— though her vision was bad, she would know precisely the steps and hand placements that would guide her safely.

These deserts and forests held so much significance, so much that they could not be considered the ‘middle of nowhere’….at least, not in the context of the history that they represented.  To echo Lincoln at Gettysburg, the land is already sacred, and people had died here. But most importantly, people live here. The dunes that nearly swallowed our van were the childhood playground to some, and backdrop to ancestral homelands for others. The same canyons we descended into are the residences of deities and sacred spirits, others had been hiding places during massacres on the Navajo by settlers, frontiersmen and the US Army. I did not know that the deserts and forests of the American Southwest held so much importance and history. 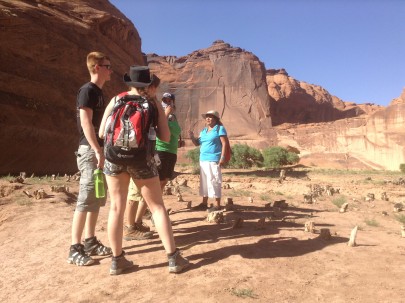 Days later, as we journeyed back south toward the airport, our eyes were somehow different when they soaked up the landscapes zipping past us. We now understood that these places, though seemingly unfriendly, rugged and arid, have a role in the life and future of the Navajo Nation, and the generation of Indians that will need to guard their “middle of somewhere” from new prospectors in search of oil, uranium, water, and further development that will truly turn the sacred into something less meaningful.