True love can be given in thoughtful ways this upcoming Mother’s Day and Amizade’s community partner in Bolivia, CEOLI, can provide you with beautifully crafted cards to give to your mother on this special day.

Similar to other countries all over the world, Mother’s Day (Día de la Madre) in Bolivia is a celebration of the women who bring love and care to our lives, not only for their own families, but also to the community as a whole. For many citizens, Día de la Madre is a day to show respect and gratitude to the important women in their lives.

In many countries Mother’s Day is celebrated on the second Sunday of May each year. However in Bolivia, Día de la Madre is celebrated on May 27th to commemorate the day when brave Bolivian women first participated in battle.

In 1812, when many regions of South America were fighting for their independence from Spain, the king of Spain sent General Brigadier General Goyeneche to the valleys of Cochabamba in an attempt to stop the uprisings and revolts. General Goyenche was successful in defeating the revolutionaries on two occasions, however his mission was far from over. 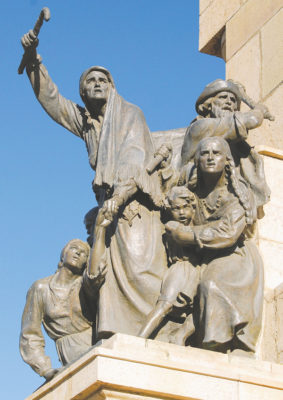 While their men were dying in battle, the women of Cochabamba decided to establish a resistance called “For the Defense of Our Homes.” Led by a valiant women, Josefa Manueal Gandarillas, an army of women, children, and elders strategically positioned themselves on the hill of San Sebastian, which gave them a complete view over the small city of Cochabamba.

On May 27th, 1812, the women armed themselves with sticks, saucepans, and other small weapons and charged into battle to defend their homeland. General Goyenche’s army ended up slaughtering hundreds of women and children on that fatal day, causing unimaginable grief among the community. However, through this pain grew hope. For their dedication and bravery, the women were awarded the title “Heroinas de la Coronilla”, or Heroines of the Hill.

Mother’s Day, Día de la Madre, in Bolivia is considered one of the most important holidays in Bolivian history. It is a day to pay respect and homage to heroic women who helped to defend and liberate Bolivia from Spain. 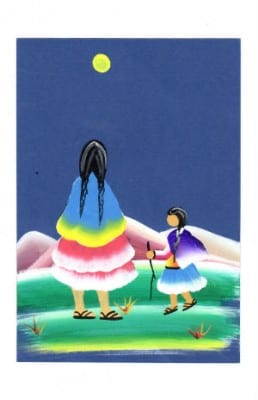 Similar to western countries, Bolivian families show their mothers appreciation by cooking for them and giving gifts. This Mother’s Day, show your love and appreciation by purchasing Bolivian CEOLI cards. Whether it’s a single card or 20 card pack, the purchase of these beautiful paintings on paper makes a difference in the lives of our Bolivian community partners.

If you are interested in purchasing CEOLI cards or learning more about their story, visit ceolicards.org.