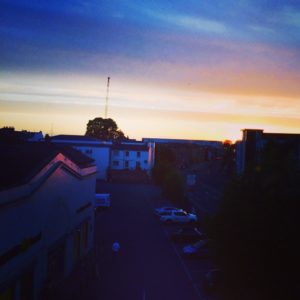 It’s been two years since I studied abroad with Amizade-BCA, and yet I can’t shake the experience. That’s because there’s something ineffable about seeing the world that sticks with you for years. And I miss it every day, with and without Facebook reminding me what life was like two years previously. Living in a small town like Cheltenham in England, I got to recognize many faces and become accustomed to taking the buses and trains everywhere. I soon began to realize that I was losing my tourist ideals for residential ones. Here are the perks of becoming a resident during a study abroad experience:

It was easy to become familiar with lots of people in Cheltenham, and I often frequented the same places after my classes ended. My favorite spot to go to was Caffe Nero on the Promenade. I often had one class a day, so I would stop by for lunch. It was very homey in here, and dare I say, it was better than Starbucks!

The first time my friends and I went there, we were so loudly excited about all of the options that the barista brought us over free raspberry hot chocolate samples. Since then, we stopped by there daily, if not multiple times a week at the least. I always ordered a Chai Latte from that same barista, and I was always so thrilled about it that he started “bringing up my usual” and decorating it with cinnamon. I never learned his name.

When I first got off the bus in Cheltenham, it was freezing, approximately 28 degrees Fahrenheit. I never thought I’d become used to the cold, despite the fact that Cheltenham didn’t see more than a dusting of snow that winter. Turns out, Cheltenham is a lot warmer than other parts of England, such as London, as its closer to the ocean, more southern. As the seasons changed, it was sunny most days, not the dreary English weather I always imagined. When I returned from my Scottish spring break in April, Cheltenham was experiencing 73 degrees Fahrenheit – a heat wave! And when my aunt came to visit in May, she was bundled up in layers of clothing, while I was reveling in the hot English weather at 64 degrees Fahrenheit.

It’s little things like that that I appreciate. Things like watching construction happen. What used to be a pile of rubble became a building in my time abroad. And seeing everyone out and about in springtime. Cheltenham is a family town – most people frequented the various parks outside, or went to the monthly festivals. 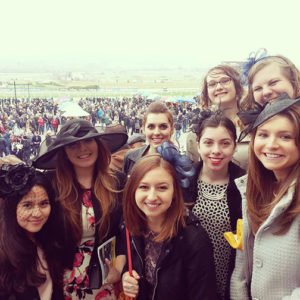 WHEN EVERYTHING IS NORMAL, EVEN LONDON

That March, Cheltenham hosted its biggest event – a horse race. This is your classic My Fair Lady horse race combined with rambunctious goers looking to place bets. The town sees the peak of its population for the entire year, and I found it overwhelming looking at the dense crowds. These people were tourists, yet I had been living there for about two months. The best feeling was when a couple of tourists asked me for directions to local restaurants and I was able to tell them. I think they were a little surprised by my American accent.

WHICH MONEY IS FOREIGN?

What surprised me the most was in late May of 2015, a few weeks before I was leaving. I took out a couple of dollar bills and they felt foreign. Compared to the crisp, color-coded English pounds, the dollar bills appeared drab and dirty. When your home currency feels more foreign to you than the money you didn’t realized you were used to carrying around, that’s how you know you’re a resident. It was the start of reverse culture-shock for me.

I had gone country-hopping many times during my time studying abroad, and I often went to the currency exchange counter on the top floor of W.H. Smith. Nearly every time I went, the same British attendee was working, stereotypically polite and quiet. He quickly recognized me from my accent and enthusiasm and would smile while inquiring which country I was traveling to next. He always seemed genuinely interested in where I was going next.

It’s little things like these that make me realize I became a resident during my time abroad. I hope I’m still at a resident status when I return! 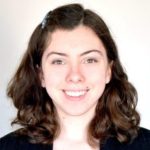 Skye McDonald of West Chester, Pennsylvania, graduated from Elizabethtown College as a member of the Class of 2017. She is passionate about her growing career in journalism, and currently is a blogger for Fig West Chester and an editorial assistant for The WC Press. Her current area of expertise is human interest features, but she is always open to new opportunities to hone her writing skills. In her free time, Skye enjoys reading and writing.