“The single story creates stereotypes, and the problem with stereotypes is not that they aren’t true, but they are incomplete. They make one story become the only story.” 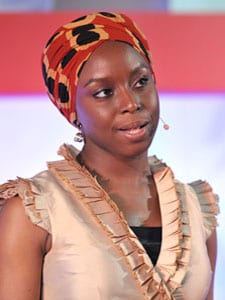 These are Chimamanda Ngozi Adichie words in her TED talk about the danger of single story. Adichie is a novelist from Nigeria, who was influenced from a young age by the novels of the Western world. All the books she read were foreign, and she was convinced that books had to be about things that she could never identify with. Then she learned of African books; books written by Chinua Achebe and Camara Laye. This is when Adichie began to write about things she recognized. She realized that the stories in the books were not a single story of literature. When Adichie came to the United States to go to college, her roommate was surprised that she spoke English, and liked to listen to Mariah Carey. She expected that she wouldn’t know how to speak English, or understand how to use a stove, and she expected to hear tribal music from her side of the room. Adichie’s roommate held a single story of Africa. “In this single story there was no possibility of Africans being similar to her in any way, no possibility of feelings more complex than pity, no possibility of a connection as human equals.”

A single story becomes that which we judge all other people from; it is a one-dimensional perspective of something that is actually quite complex. It is a misinterpretation of reality. It is a lens through which we look at everything from, it narrows our perspective, and once we know the single story, it becomes difficult for us to stray away from that. These stories often become the only stories.

There exists a single story of Africa.

What is that single story? First, people often forget that Africa is a continent made up of 54 different countries, with over 1 billion people (15% of the world’s total population), thousands of different languages, and hundreds of different cultures. When people think of Africa, they think of violence, poverty, AIDS, uneducated people, helpless people, hopelessness, and corrupt governments. The single story, in Adichie’s words: “If I had not grown up in Nigeria, and if all I knew about Africa were from popular images, I too would think that Africa was a place of beautiful landscapes, beautiful animals, and incomprehensible people, fighting senseless wars, dying of poverty and AIDS, unable to speak for themselves and waiting to be saved by a kind, white foreigner.”

This is the single story of Africa. But it is only one small part of the story. 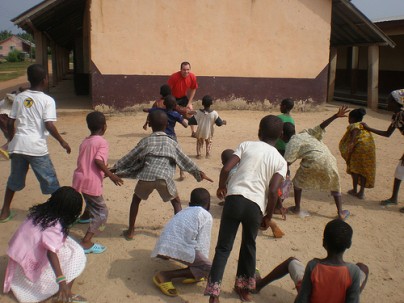 Everyday Africa is a Tumblr and Instagram blog that posts images of everyday life in Africa. It includes images that break down the single story of political instability and poverty. The purpose of the online project is to change the negative perceptions and break the stereotypes that people have about Africa.

“When we reject the single story, when we realize that there is never a single story about any place, we regain a kind of paradise.”

Want to see beyond Africa’s single story firsthand? Learn more about the opportunities to travel with Amizade to Ghana and Tanzania and expand the single story.

Connect, learn, and explore the world in a virtual space with our community partners. Find out more about our virtual service-learning opportunities.