Every journey has heroes that positively influence the lives of hundreds of people.

The extraordinary people listed below helped us shape our 25-year history of global service-learning around the world, and they embody the core values of Amizade at its maximum. 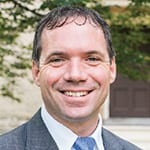 As Amizade’s Director of Communications and Outreach from 2002-2004, Eric Hartman evaluated the impact of Amizade programs on student global citizenship – an effort that became his dissertation at the University of Pittsburgh (PhD, 2008). Eric served as Amizade’s third Executive Director (2007-2010), doubling the annual budget and clarifying community interests and outputs in several partnerships. As Executive Director and throughout his Board of Directors service the six years that followed, Eric’s interest in measuring and improving community outcomes culminated in his role systematizing the Fair Trade Learning idea that emerged among Mathias Brown, Brandon Blache-Cohen, and others. These efforts come together in Community-based global learning: The theory and practice of ethical engagement at home and abroad (Stylus Press, 2018), for which Eric served as lead author. He is now the Executive Director of the Center for Peace and Global Citizenship at Haverford College and Editor of Globalsl, a network that mobilizes community-campus partnerships to increase high-quality, critical, equitable and accessible global learning around the world. Eric has presented on Fair Trade Learning and global citizenship development at every major relevant higher education association meeting in the United States, given invited presentations on the topic in numerous states and five countries, and authored more than 50 peer-reviewed and popular publications dedicated to the movement for critical, community-based global learning that supports just, inclusive, and sustainable communities. He attributes these accomplishments largely to the insights afforded him by membership in Amizade’s global community. 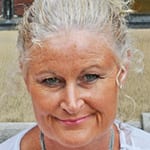 As Assistant Director for Youth Services, within the Education Authority for Northern Ireland, Arlene is responsible for the strategic planning and delivery of youth services. The EA Youth Service is a statutory provision that supports the personal and social development of 45,000 children and young people aged 4-25 years across NI, with a focus on engaging those most marginalized. Her primary objectives are to support the overall educational attainment of young people; to enable them to explore their values and beliefs which in turn results in them becoming active citizens within their community. Most importantly, children and young people are facilitated to have a voice in their own lives. Core to this is the pastoral care of children and young people and enabling them to be safe. Arlene’s primary focus is the provision of opportunities for informal learning and the development of nurturing relationships that inspires dialogue between the children, young people and the youth work staff and their community; all from a strength-based approach. This, in turn, supports young people to make positive life choices. The development of Global Service Learning as a program for at-risk youth has been key to achieving this goal and significant outcomes for our young people in Northern Ireland. 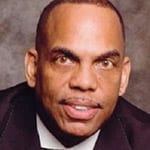 Rev. Glenn Garrett Grayson, Sr. is a native of Brooklyn, New York. He holds a B.S. Degree in Business Administration from Livingstone College and a Master of Divinity Degree from Hood Theological Seminary. In 1996 Rev. Grayson was appointed to Wesley Center A.M.E. Zion Church, located in the historic Hill District of Pittsburgh. In 1999 he founded Center That CARES, a 501©3 non-profit organization that has served more than 3,000 students and their families. The organization is broadly recognized for its after-school tutorial and enrichment programs that support youth from pre-kindergarten through college. Center That CARES raised more than $2 million for a new state-of-the-art community center in the Hill District: the Jeron X. Grayson Community Center. The center is aptly named in honor of Rev. Grayson’s son, who was taken through a senseless and tragic act of gun violence. The building is dedicated to his memory and the realization of a mission to serve, challenge, inspire and shape the next generation. On April 3, 2014, Rev. Grayson was recognized by President Barack Obama at a White House ceremony honoring “Champions of Change” in the area of Gun Violence Prevention. Rev. Grayson remains committed to the work of creating a community that invests in its children and families, where he’s known for his hands-on and active approach. Rev. Grayson is a proud father and grandfather, a mentor to many, and a seemingly tireless advocate the most vulnerable. 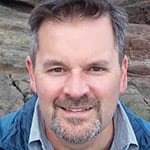 Mike Sandy joined Amizade as a Volunteer Assistant Director in 1998 and later served as the Executive Director from 2001 to 2007. During this time, he facilitated Amizade’s growth as a global service-learning organization, building on our roots as a community-partnered organization and increasing college student participation in our programs. He has since served in international higher education roles and remains committed to providing equitable and accessible programs for his students. In 2013, Mike was awarded the David A. Pollock Outstanding International Educator Award from the Pennsylvania Council for International Education in recognition of outstanding leadership in international education in the Commonwealth of Pennsylvania. He joined the Amizade Board of Directors in 2014 and served as the organizational secretary for several years. Mike has worked, served and traveled to over 50 countries to date, and currently lives in Massachusetts with his wife, Jeanne. 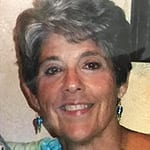 Betty Lou was born in Little Rock, Arkansas and was a senior at the famous Little Rock Central High School that integrated in 1957. After high school, Betty Lou attended Centenary College and majored in art. She did makeup for Centenary’s operas, which featured singers from the Met in New York. After college, she took a job working for the state department working on IBM’s new machines, first in Little Rock and then in Memphis for two years. She met her husband Walter on a blind date in Chicago, and they got married 5 months later. Betty Lou moved to Chicago and continued working on the IBM machines. She even had the opportunity to learn about the first computers. Betty Lou has had many interesting jobs over the years. She worked for accountants and had her own business where she made centerpieces for all kinds of affairs. Her last job was working for The Women’s Group of Northwestern, a group of all female OB/GYNs, where she was in charge of many different tasks including accounting and contracts for 25 years. Walter and Betty Lou have two children, Keith who is Chief Financial Officer for Magellan Corporation and Danny, the founder of Amizade, who now runs a free clinic in Brazil. Walter, Keith, and Betty Lou were very involved in raising money and doing anything for Amizade. Betty Lou went on eight Amizade trips and loved them all. She is now retired and enjoying her time with Walter. Betty Lou and Walter enjoy traveling and have been all over the world. She feels very lucky to have such a wonderful life. 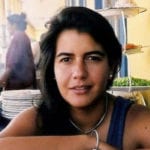 JC joined Amizade as our site director in Bolivia in 1998, and since then she has collaborated with us by hosting groups of students and individual volunteers in her community. She has worked on community development projects ranging from direct-services with at-risk youth to overseeing construction projects in schools. She holds a degree in business from the Universidad Mayor de San Simón, has studied entrepreneurship at Boston University, and is fluent in English, Spanish, and Portuguese. 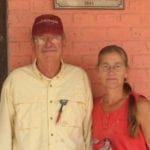 Since 2003 longtime volunteers and supporters, Marvin and Martie Wachs have been assisting our community partner the CEOLI Foundation in Bolivia, where they have volunteered for over a decade through Amizade programs. Their tireless efforts and passion for the community of Cochabamba catalyzed many social action projects, such as the building of classrooms and pools for swimming classes. Marvin and Martie are also the most generous donors in Amizade’s history, having committed over $100,000 in funding to sustain the CEOLI Cards Project for a decade. 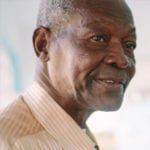 Mr. Matthias Brown has been Amizade’s Site Director in Jamaica for over a decade. But being Amizade’s chief on the ground is just one small bullet point on his lengthy resume. Mr. Brown’s contributions to his community and his country are beyond remarkable. A former sugar worker, Mr. Brown is a labor leader, a community leader, and a pioneer in international education. He is a social justice lion and the proud recipient of the Badge of Honor and the Michael Manley Award for Community Self-Reliance, as well as many other prestigious community development recognitions. 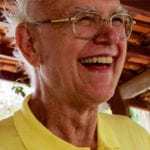 Former Peace Corps director in Brasilia, travel advocate, and writer Steven Winn Alexander brilliantly served as our Brazil Site Director for many years while Amizade expanded to other corners of the world. Originally from Carson City, Nevada, Steven traveled the world before ending up in Santarem, more specifically in the middle of the Amazon rainforest. His passion for the community and the Brazilian culture inspired hundreds of individuals who traveled to Santarem to serve and learn with Amizade. He also followed the Buddhist saying: he planted a tree, wrote a book, and raised a child. 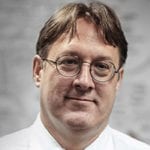 Daniel began Amizade in 1994 to provide opportunities for individuals and groups to be able to take part in educational, environmental, health, welfare, and other service projects around the world. He holds a Ph.D. in Educational Policy and Administration from the University of Minnesota. He worked full time with Amizade until 2001 when he became executive director of Amazon Africa Aid, an organization he helped co-found that was dedicated to supporting the work of the Fundação Esperança, a nonprofit health and education organization.

Weiss has taught service-learning courses in international development for Amizade, including our semester course in Brazil. Over the years, Weiss has been very active in other causes including serving as the president of the Rotary Club of Ann Arbor North (MI) and helping found Abraços, a nonprofit dedicated to supporting youth at risk in Rio de Janeiro. Weiss has been honored by the US State Department, Arab Gulf Fund of the United Nations, Firestone Company, Volvo USA, the Points of Light Foundation, and Giraffe Project. He currently lives in Vila Velha, Brazil with his wife Geli, Amizade’s former Brazil Site Director.