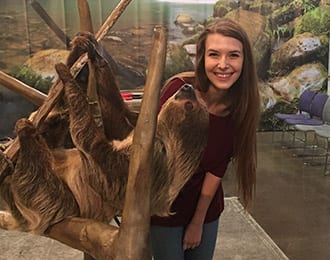 Originally from Fort Worth, Texas, Melissa attended Texas Christian University (TCU) and obtained a BS in Interior Design in Art History. While at TCU she studied abroad in Italy and Central Europe. Melissa worked as an interior designer in Los Angeles for two years before deciding to change career paths. She spent several months traveling through Southeast Asia, the Middle East, and Europe before pursuing a Masters degree in International Education Management at the Middlebury Institute of International Studies. In 2017, she moved to Seville, Spain where she spent a year working as the Internationalization Coordinator for a local university. Melissa moved to Pittsburgh upon returning from Spain and joined the Amizade team as the Communications and Development Associate, where she is excited to share her love of intercultural exchange and international experiences with others.