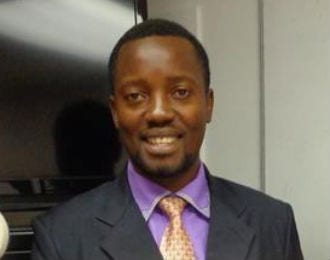 Sam Kayongo is a Tanzanian national residing and working in the North-western corner of the country. He obtained his first degree in the field of social work and social administration. Later, he specialized in the field of public administration and management after attaining a Masters degree from a historical academic institution in Uganda called Makerere University. His first work experience was obtained in Uganda where he worked in the central region doing administration and extensive project work. Sam dealt with programmes that were geared towards poverty reduction through agriculture modernization, education and health. The demanding tasks performed by Sam as a fresh graduate gave him a solid basis for handling responsible offices. In 2007, he took up my current job in Tanzania working as a planning and development officer for a protestant church diocese in Karagwe, where he was also nominated to be a member of a task force committee spearheading the establishment of the first university college in the area.

Sam is a founding director of a non-profit organization based in Kagera region called Kagera Development Facilitation (KADEF) whose long term vision is to contribute towards achieving equitable development for the rural communities of Tanzania. Sam takes much of his time to study and read broadly especially on matters regarding East Africa and the great lakes region of Africa. In his career, Sam concentrates on imparting managerial skills among his junior employees. Sam has a strong Christian orientation and believes deeply in the bible and enjoys preaching. He is married with two children.