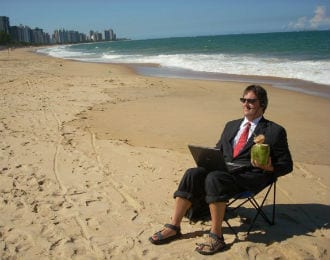 Daniel began Amizade in 1994 to provide opportunities for individuals and groups to be able to take part in educational, environmental, health, welfare, and other service projects around the world.

He holds a PhD. in Educational Policy and Administration from the University of Minnesota. He worked full time with Amizade until 2001 when he became executive director of Amazon Africa Aid, an organization he helped co-found that was dedicated to supporting the work of the Fundação Esperança, a nonprofit health and education organization. In 2008, he moved to Vila Velha, Brazil, to work for the PCLB Foundation establishing a health clinic in an impoversihed region of that city.

Weiss has taught service learning courses in international development for Amizade, including our semester course in Brazil. Over the years, Weiss has been very active in other causes including serving as the president of the Rotary Club of Ann Arbor North (MI) and helping found Abraços, a nonprofit dedicated to supporting youth at risk in Rio de Janeiro. Weiss has been honored by the US State Department, Arab Gulf Fund of the United Nations, Firestone Company, Volvo USA, the Points of Light Foundation, and Giraffe Project. He currently lives in Vila Velha, Brazil with his wife Geli, Amizade’s former Brazil Site Director.