Before coming to the U.K., I had so many preconceived ideas of what the food culture of London would be like. I thought everyone would be constantly eating fish and chips and would drink tea around the clock. Although many British people do enjoy partaking in these options on occasion, BOY WAS I WRONG! I have learned that there is so much more to British cuisine than what I thought! Since I have lived in London for a little over a week now, I thought it would be appropriate to share 7 of my best tasty tips, from one summer student to another. 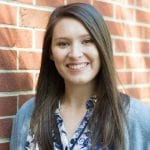 Hannah Brown was a summer 2018 storyteller in London, Engalnd. As a Food & Nutrition major with a concentration in Dietetics at Bluffton University in Ohio, Hannah finds enjoyment in connecting to culture through food and cuisine!