Amizade was officially incorporated 20 years ago today. Amizade is the brainchild of founder Daniel Weiss; the result of never-ending efforts by communities around the world; and it is an ongoing global movement by over 8,000 volunteers, staff, and board members. Amizade will mark its 20 years with its Celebration and Fundraiser event on November 1. But for today, we here at Amizade scoured the archives and found 20 pictures from our vibrant 20 year history, ranging from epic, funny, bizarre, and beyond. We hope you enjoy and we will see you on November 1! 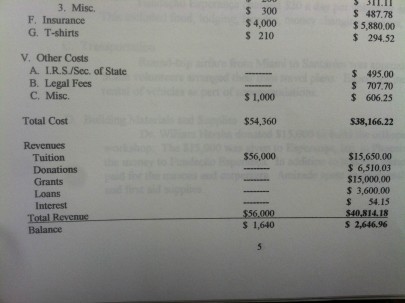 Back in 2009 12 Carlow University Mercy Service Day volunteers collaborated with Amizade to paint a world map mural on the playground at Pittsburgh Liberty K-5. The map is part of an ongoing effort to highlight Pittsburgh’s international connections and character while raising awareness about global issues and global citizenship.

Oily Al’s manual on the repair and maintenance of a 4xKJ Mack Truck Standard Cab -or- A 1999 Employee Handbook. Remember, you too can drive the big rigs… apparently.

Here is a screen shot of that time Kal Penn retweeted us during the One Young World Summit when it was held in Pittsburgh in 2012. #NBD

A Thank You from 1999. We have the thank you but unfortunately no longer have that $90 sofa.

Amizade’s WVU Coordinator and Mr Brown, Amizade’s Site Director in Jamaica, being interviewed by a local radio station back in 2011.

In 2010 we got temporary tattoos and, yes, don’t bother asking, we did run out.

Amizade volunteers touring the sites of the infamous Hatfield and McCoy feud. Appalachia

In 2012, the Governor General of Jamaica visited the community of Petersfield for the first time in 50 years. Here he is planting a tree at the Pride of Petersfield Park with Amizade Site Director, Mr. Mathias Brown.

In 2011 a group of Road Scholar volunteers spent time learning about the Holocaust, serving at the Auschwitz Memorial and Museum, and exploring Poland. Amizade has partnered with Road Scholar for over 10 years, offering service-learning opportunities to lifelong leaders in Poland and Bolivia.

Former Executive Director Mike Sandy reads in a hammock in Brazil. Circa 2002.

A reflective view of Giants Causeway in Northern Ireland. 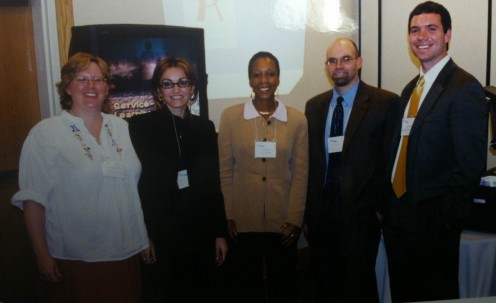 Former Executive Director Eric Hartman and friends at the International Association of Research on Service Learning Conference (IARSLCE) in 2003.

Todo por los ninos! Amizade was featured in a Bolivian magazine back in 2007.